Award-winning silhouette artist Cindi Rose decided to do something different for her birthday this year. On July 27, 2017, the day of her birthday, she hosted a party to benefit Citizens for Animal Protection (CAP) at Ouisie’s Garden in River Oaks. In lieu of presents, Cindi asked that the 100 attendees give generously to the organization.

View ALL the fabulous photos: http://www.ckwluxe.com/cindi-rose-celebrate-with-cap

The fashionable guests, accompanied by their stylish pets, were welcomed to the fete by Dr. Franklin Rose and Lily Paxson. Everyone was there to celebrate Cindi Rose and to raise funds for CAP and its noble causes. CAP provides aid to homeless animals through a variety of programs and services that include shelter and care, pet adoption, spaying and neutering, pet care counseling, lost and found pets, feral cat assistance, pets for seniors, and many more.

Recognized in the community for her talent and charitable spirit, Cindi was celebrated during the evening for her many accomplishments as well as for her tireless dedication to the greater good. It is a well-known fact that she often donates the fee she receives from her exquisite silhouette portraits to various charities, including CAP.

While addressing the crowd, Cindi spoke passionately about the nonprofit, saying “Our furry friends lift our spirits, brighten our days, and deserve to be honored as well on this very special day! The work that CAP has done for the far too many animals in need has been nothing short of amazing. Through the strategy, coordination, and outreach of our friends Bruce Padilla and Shelby Kibodeaux, the lives of countless animals have been saved.”

As the curator of the soiree, Lily’s Events dazzled by providing spectacular décor, an expanse where guests sipped champagne and mingled to the music of Michael DeMarse alfresco style, and a stunning cake designed by Samantha Espino.

​During the celebration, PetTalk magazine revealed its August cover featuring silhouette artist and philanthropist Cindi Rose on the cover. The issue celebrates Houston artists and their work.

About Citizens for Animal Protection

Founded in 1972, Citizens for Animal Protection (CAP) is a nonprofit organization that shelters and rescues homeless animals and places them for adoption with loving families. CAP advocates respect and compassion for animal life and provides humane education to help prevent cruelty to animals. For more information, please visit http://www.cap4pets.org/

A fourth-generation fine artist, Cindi Harwood Rose began snipping her way to stardom at the age of 16. She is considered the best, fastest, and most accurate silhouette artist in the world today.  Her cutting career, which eventually took her to Disney World and Disneyland, began at Astroworld in Houston.  There she taught herself to hand cut silhouettes, the original French way of looking and cutting, without preliminary sketches, in one minute or less.

Cindi holds the Guinness Book of World Records record for the fastest cutting of silhouette paper profile portraits of real people. She continued to break records by shearing 144 silhouettes in one hour when timed by the San Antonio Express News. When Cindi won the international title as the fastest silhouettist in the world, it was recorded in the documentary film “Silhouette Secrets,” which she coproduced. The film gathered awards across the globe and was named Best Documentary Film at documentary film festivals in Spain, Romania, and the United States.

Additionally, Cindi was awarded The Rising Star Award as the Top Event Artist for 2012. She was also named one of the Leaders Who Inspire, by Origin Magazine, chosen as Most Entertaining by GigMasters, recognized as an American Hero by American Profile magazine, and named a Woman of Distinction by Channel 13. These well-deserved honors have been bestowed upon Cindi in recognition of her talent, her generosity toward those in need, and her work educating children about art.

CKW LUXE is a philanthropic Houston magazine whose initials are not only those of the publisher, but also stand for Caring, Kindness, and Wisdom, qualities the magazine believes in and emulates in its content. 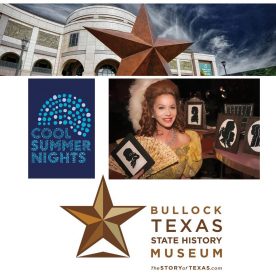 ABOUT FASHION X HOUSTON Fashion X Houston is the premiere “fashion week” in the... 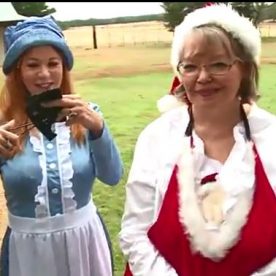 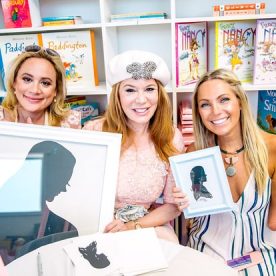 It was a sea of pink at the Memorial swankienda of Barbra and Jack Markman... 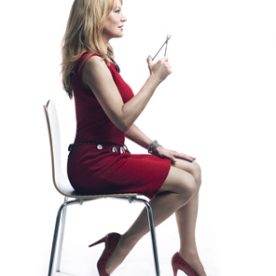 Nationally known silhouette artist Cindi Harwood Rose will return as a special guest of the...