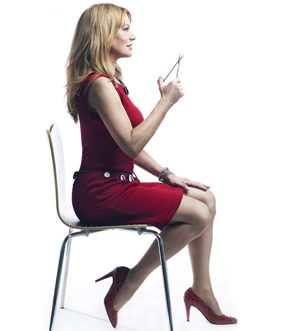 The History of Silhouette Art

Concise History of Silhouette Art, Past and Present

Long before photography, Silhouette Art was a form of portraiture, accomplished in a variety of ways by silhouette artists, from painting what appears in a shadow to clipping by hand and by eye. The latter skill is just one version of paper cutting, an ancient tradition found in cultures from Asia to Europe.

The name Silhouette is from Etienne de Silhouette, an eighteenth century French Minister of Finance to Louis XV. He hand cut out pensions and luxuries thus the term “cut out” or “minimal.“ Mr. Silhouette lasted a mere eight months at his post due to his “conservatism,“ and people would often dress entirely in black to protest his budget cuts. It is said that Silhouette would while away the hours in his office making these profile “shades” of the various heads of state, and place them on the mantle in his office for people to see.

Silhouette “shades” were the way to have a profile made without having to have an expensive portrait commissioned, and cost about a penny a piece. They were referred to as the “poor man’s portrait.”

It is likely that a man named August Edouart made the word “silhouette” popular when he came to England in 1829 from France. Edouart wanted to create the impression of something different, so he strove to distinguish his work from the popular “shade” which was often traced by machine, a method he found crude and without merit.

From its heyday in the 18th century, the practice is waning, in part because there are only a few dozen silhouette artists of varying technical ability in the world.

Miniature portraits had been the rage of aristocracy whom had worn portraits as jewelry since at least the 15th century.  But for 300 years, the expense required for a full color likeness to be commissioned had restricted the availability to the wealthy and kept the ordinary person from acquiring a portable likeness of their loved ones.

At the beginning of the 18th century a theory called “physiognomy” became vogue.  “Physiognomy” was defined as the art of discerning the character of the mind from the features of the face.  In 1775, Swiss theologian and poet Johann Kaspar Lavater wrote a treatise Physiognomische Fragmente in which he attempted to elevate physiognomy to the level of science.  The translated version of Lavater’s book was a bestseller in England and the book’s heavy use of silhouettes to illustrate Lavater’s theories helped elevate the popularity of silhouette cutting.

With the advent of Lavater’s widely read treatise, shade portraits became popular with the masses as a cheaper alternative to full color portraits.  Originally called “Profile Shades” or “Shadows” in England, the French coined the term à la Silhouette as a derogatory reference to Louis XV’s former French Minister of Finance, Etienne de Silhouette, who was considered a cheapskate.  Legend says that when de Silhouette left his government position, he retired to a farmhouse which he decorated with homemade paper cuttings.

We have found a number of early 19th century silhouettists’ advertisements that used the term “silhouette art” to distinguish their art form as elegant.  However, “shade” or “profile” remained the primary term to describe this art form until the great master-cutter Augustin Edouart began using the term “silhouettist” to describe himself.  The term became popular and carried forward to today.

In the 1830s silhouettists traveled circuits and cut hundreds or thousands of silhouettes of everyone from slaves to royalty.  However, the popularity of photography in the 1840s  caused the art form of silhouette to waned.  Today only a handful of artists still practice the art of silhouette.  The lost art of hand-cutting silhouettes from sight is becoming obscure, with only a few collectable silhouettests in the world.  Currently, the Photoshop,  and craft tracings from walls or the Silhouette machine sold at volume stores such as Michaels , have mislead the public into thinking that this is an authentic Edouart style silhouette.  In 1825, Augustin Edourt was at a friend’s home for dinner, and they showed him wall traced silhouettes. Edouart was shocked by the incompetence and “condemned them as being unlike.” With his innate talent, in a moment, he produced a hand-cut silhouette from sight.

Investment silhouettes today are done from skilled artists who can draw portraits, usually have fine art degrees, and can see shadow and form, without trickery of a light, camera, computer, or projector.  Like Edouart, the talent that authentic silhouette artists have is “innate or G-d given”, it can’t be taught, it is passed down from generations.  The original thin black French silhouette paper was discontinued in 1989.  Cindi Harwood Rose is the only living silhouette artist that still has that paper left.  Other talented silhouette artists use a newer thick and rough silhouette paper, lending to a less expensive hand-cut silhouette, without the same historical value.